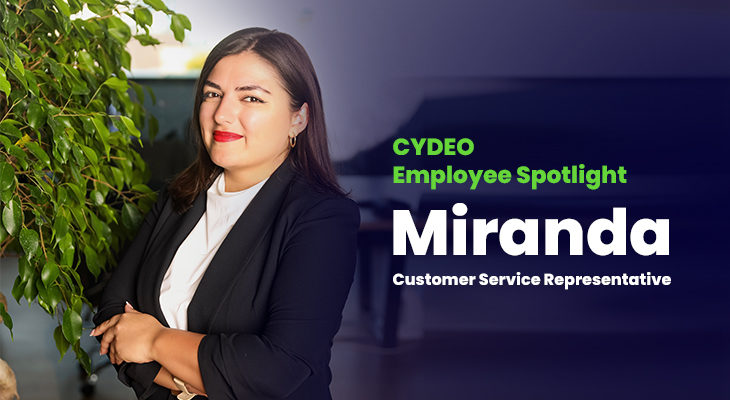 Miranda’s mission is to make a difference

She grew up quickly and dreamed of becoming an accountant.

“I actually really thought about it, to be honest, to work for a major bank or something.”

She was eager to contribute to her family’s stability and well-being. Maybe one day she could even build a life of her own.

“Things were starting to get better, and I studied accounting in college,” she said, “I wanted to get a job as soon as possible.”

But the job market was slow and uneven, particularly in the finance and banking sector where Miranda wanted to put her knack for numbers and bookkeeping to work. She scoured the online job boards whenever she could, and applied liberally.

“But I found that everywhere required an internship that was either unpaid or very lowly paid.”

This wasn’t what she had in mind. The point of going to school and getting a job was to give her family financial independence. To make her parents’ life easier by doing real work. An unpaid internship seemed more like a struggling bank’s way of getting free labor from wide-eyed kids who didn’t know any better. But Miranda definitely knew better. She decided to look elsewhere.

But where to look? She often thought as she bounced from one job board to another. She knew she had a brain for details. Plus, she’s good with people.

One day, without thinking about it much, she landed on an opportunity that said “Customer Service.”It was for a tech platform called Cydeo. She didn’t know what to make of it at first, but weeks of scouring job boards, one posting after the next, was starting to weigh on her. She wanted to make a move. Maybe that meant taking a risk here and there. Anything was better than just waiting around for the perfect job posting that probably didn’t exist.

So she decided to put her name in the hat. “To be honest, I didn’t even expect a call back.”
But she did. And instead of a generic, disinterested phone call, the person on the other side seemed genuinely interested in her life story. It wasn’t just another robotic recruitment pitch. The Cydeo rep wanted to know about her vision for her life, and how Cydeo might fit into it.

Next thing you know, Miranda was offered an interview, which she nailed. Her people skills were clearly on display and she could feel the wheels of her life turning, finally. She was getting somewhere!

Only one problem: this was a tech company. And regardless of how well she got on with her interviewers, she was afraid that her lack of computer skills would stop her from getting the job. But that didn’t happen. She ended up getting hired. The Cydeo representatives who hired her were impressed by her humility and drive. That was their main priority.

Excited but a bit intimidated, Miranda threw herself into the fire. The first month was a whirlwind. Lots of colleagues, new tasks, and a wave of students who were using the Cydeo educational platform to change their lives. Miranda could feel her journey mirroring theirs. Her life was changing too.

She started out in customer service, but it became apparent very quickly that she had even more skills to offer. Her tech skills may have been basic but she is a quick learner. Her instincts guided her, and she quickly became involved in organizing how Cydeo lessons were presented to the students.

Miranda quickly moved into video editing these lessons, which were recorded for students to review after each class. It gave a sense of expertise and ownership. Not only was she making her life better, she was making other people’s lives more vibrant and dynamic.

“I was so happy,” she recalled, “I found out that I really loved video editing, which is such a huge task in the Cydeo experience.”

And because the Cydeo students usually had even less tech experience than her, Miranda found herself helping hundreds of students navigate their classes, review course material, and optimize their entire journey.

As these students’ lives changed with newfound skills and perspectives, Miranda found herself more and more comfortable in the role of a mentor and troubleshooter.

“Everyone is extremely supportive, and we never let the pandemic stop our work. We all helped each other to get the work done, and there’s no sense of unnecessary pressure. I honestly could not ask for a better situation.”